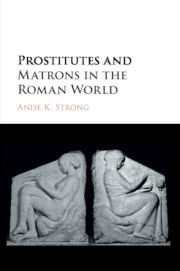 Prostitutes and Matrons in the Roman World