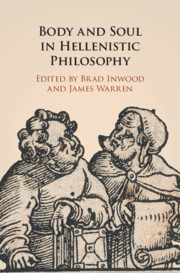 Body and Soul in Hellenistic Philosophy