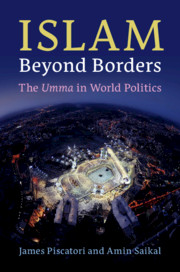 Islam beyond Borders
The Umma in World Politics