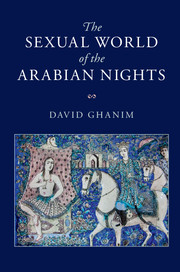 The Sexual World of the Arabian Nights