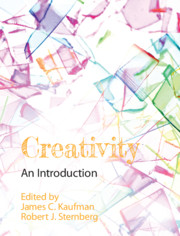 This textbook is a systematic and straightforward introduction to the interdisciplinary study of creativity. Each chapter is written by one or more of the world's experts and features the latest research developments, alongside foundational knowledge. Each chapter also includes an introduction, key terms, and critical thought questions to promote active learning. Topics and authors have been selected to represent a comprehensive and balanced overview. Any reader will come away with a deeper understanding of how creativity is studied – and…