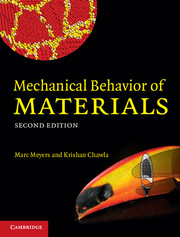 A balanced mechanics-materials approach and coverage of the latest developments in biomaterials and electronic materials, the new edition of this popular text is the most thorough and modern book available for upper-level undergraduate courses on the mechanical behavior of materials. To ensure that the student gains a thorough understanding the authors present the fundamental mechanisms that operate at micro- and nano-meter level across a wide-range of materials, in a way that is mathematically simple and requires no extensive knowledge of…