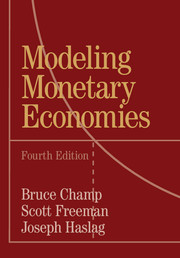 Too often monetary economics has been taught as a collection of facts about institutions for students to memorize. By teaching from first principles instead, this advanced undergraduate textbook builds on a simple, clear monetary model and applies this framework consistently to a wide variety of monetary questions. Starting with the case in which trade is mutually beneficial, the book demonstrates that money makes people better off, and that government money competes against other means of payments, including other types of…