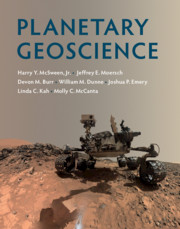 For many years, planetary science has been taught as part of the astronomy curriculum, from a very physics-based perspective, and from the framework of a tour of the Solar System - body by body. Over the past decades, however, spacecraft exploration and related laboratory research on extraterrestrial materials have given us a new understanding of planets and how they are shaped by geological processes. Based on a course taught at the University of Tennessee, Knoxville, this is the first textbook…