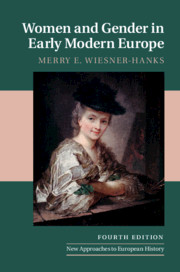 This fourth edition of Merry E. Wiesner-Hanks's prize-winning survey features significant changes to every chapter, designed to reflect the newest scholarship. Global issues have been threaded throughout the book, while still preserving the clear thematic structure of previous editions. Thus readers will find expanded discussions of gendered racial hierarchies, migration, missionaries, and consumer goods. In addition, there is enhanced coverage of recent theoretical directions; the ideas, beliefs, and practices of ordinary people; early industrialization; women's learning, letter writing, and artistic…