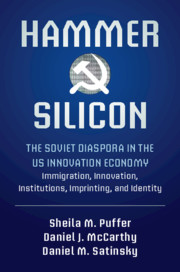 Hammer and Silicon
The Soviet Diaspora in the US Innovation Economy — Immigration, Innovation, Institutions, Imprinting, and Identity