Greenbiz - The history of cellular agriculture (and the future of food, too)

Environment Journal - Interview: Julian Cribb on the role of food in the climate crisis

Food or War offers us the context we need to consider the food we eat, the approach we use to raise food, and the manner we treat others’ resources across the globe in new, revealing, and common sense ways. - Carolyn Fortuna, Clean Technica
Read the full review here.

This book is important, impressive, and a must read. - Greg Laden
View the full review here.

Cribb takes readers on a wild ride through human history with jolts along the way...Food or War is not only a page-turner with Cribb’s clear, precise prose, but as an added bonus, it’s jam-packed, like a textbook, with significant facts and statistics about the biosphere. - Robert Hunziker, Counterpunch
View the full review here. 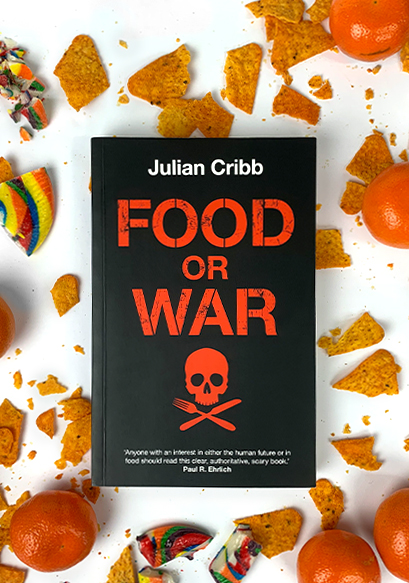 'This book is an urgent call for recognition that the inescapable need for change also brings enormous opportunities.' David Suzuki, Award-winning scientist, environmentalist and broadcaster

'Food or War targets an issue that touches every human life, every day: food. And that, without it, people fight… Anyone with an interest in either the human future or food should read this clear, authoritative, scary book. So should all first-year college classes.' Paul R. Ehrlich, co-author of Jaws: The Story of a Hidden Epidemic

'Cribb's analysis is urgently apposite, as is his practical call for a sustainable, nourishing and resilient global food system.' Lindsay Falvey, University of Melbourne

'Wars rage on in Syria, Yemen and elsewhere, in part driven by food shortages. What to do? … We can turn this imbalance around. Cribb points the way in this must-read book.' Tim Fischer, former Deputy Prime Minister of Australia, and Chair of the Global Crop Trust with Seed Vault in Svalbard and HQ in Bonn, Germany

'The evidence-based approach, integration across issues, and presentation of opportunities for the future make this text stand out from the crowd. It is highly recommended.' Kath Bowmer, former Deputy Chief of CSIRO Land and Water and Deputy Vice Chancellor of Charles Sturt University, Queensland

'On an increasingly crowded planet that is itself subject to an existential threat, Cribb focuses this book on the 'Food Challenge', its magnitude and urgency. We have much to think about and prepare.' John Hewson, Australian National University, and former Federal Liberal and Opposition Leader

'Food or War details the consequences for the global food supply that humanity faces due to the cascading impacts of climate, resource scarcity, toxicity and other threats - and provides workable solutions. I am convinced that this is going to be one of the most cited books and will be an important source of guidance for future generations. I recommend this book to every single person who loves the planet they live on and cares for the future of their grandkids.' Razia Shaik, Charles Sturt University, Queensland

'Drawing on his extensive scientific and historical knowledge, Cribb takes us on a grim and tightly argued odyssey to the edge of the Earth. He holds our hand while we stare into the abyss. Frightening. Having outlined the reality of our tenuous hold on the supports of life, he offers creative and imaginative solutions. A must-read for anyone who cares about the future of humanity.' Bruce Haigh, former Australian diplomat and refugee advocate

'In a time when we are absorbed in populist, political nonsense, Julian Cribb brings us to heel with the existential threat we face, in simple language; he joins all the dots.' The Honourable John Kerin, former Australian Minister for Primary Industry

'Unputdownable. Dealing with the multiple threats to humanity's most basic need - food - it unceremoniously pulls your head from the sand - but empowers you with the knowledge to do something. An absolutely essential read. This masterful work articulates clearly humanity's future and may just be warning enough for globally connected communities to avert the avalanche of existential threats bearing down.' Brad Collis, Editorial Director, Coretext and author of Fields of Discovery

'At once perceptive and persuasive, Julian Cribb delivers another science-based study of the human condition at its most basic. Food or War is exceptional.' David Hulme, Publisher, Vision.org

'A compelling case for turning swords into ploughshares and building a sustainable global food supply in this century of existential climate risks.' David Spratt, American University Washington College of Law, and author of Climate Code Red

'Food or War not only a page-turner with Cribb's clear, precise prose, but as an added bonus, it's jam-packed, like a textbook, with significant facts and statistics about the biosphere. It belongs in the hands of people who deeply care about the deteriorating condition of our poisoned planet. Incidentally, based upon very compelling evidence, yes, it is poisoned.' Robert Hunziker, CounterPunch 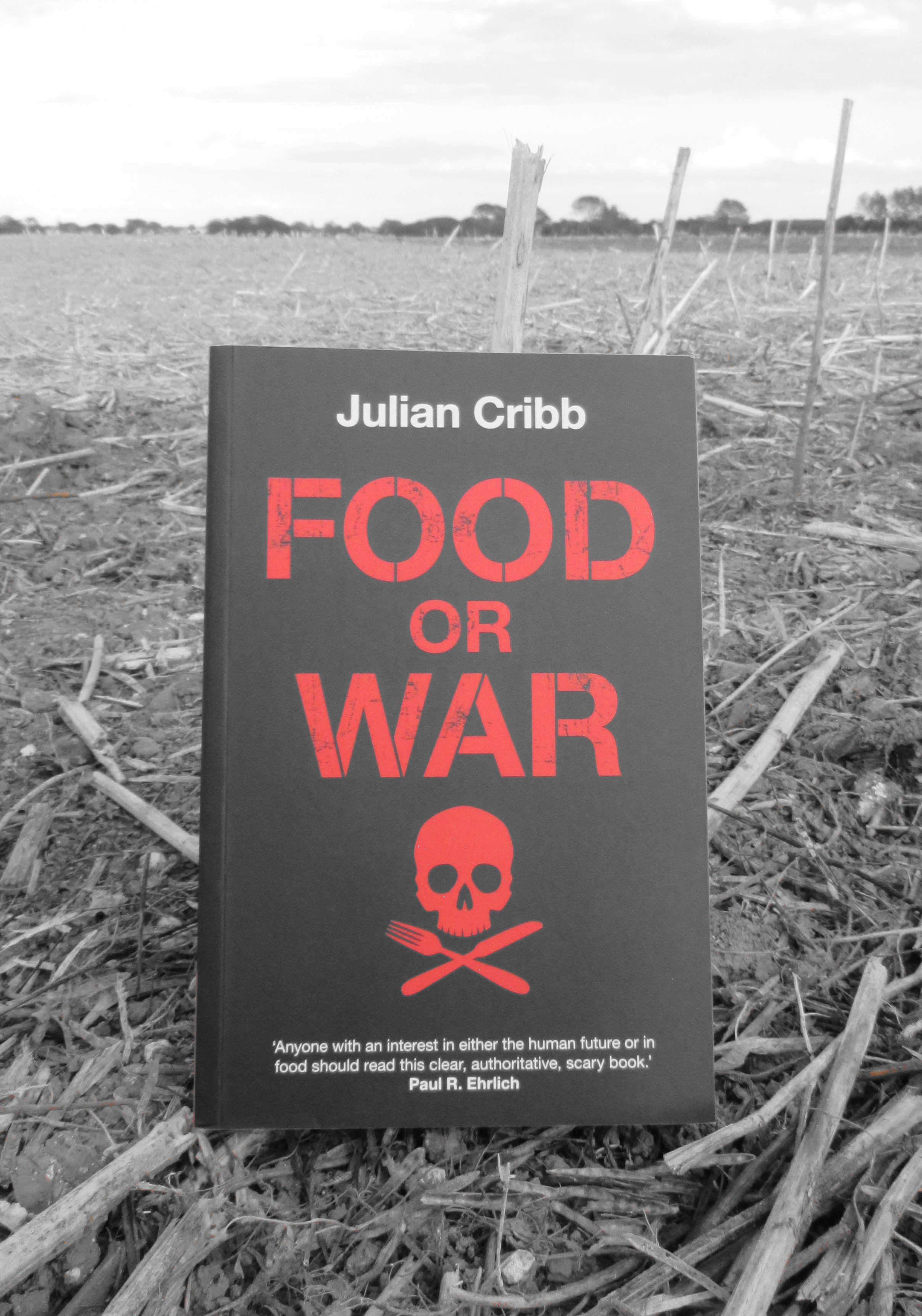 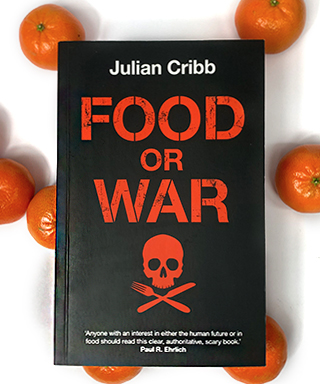 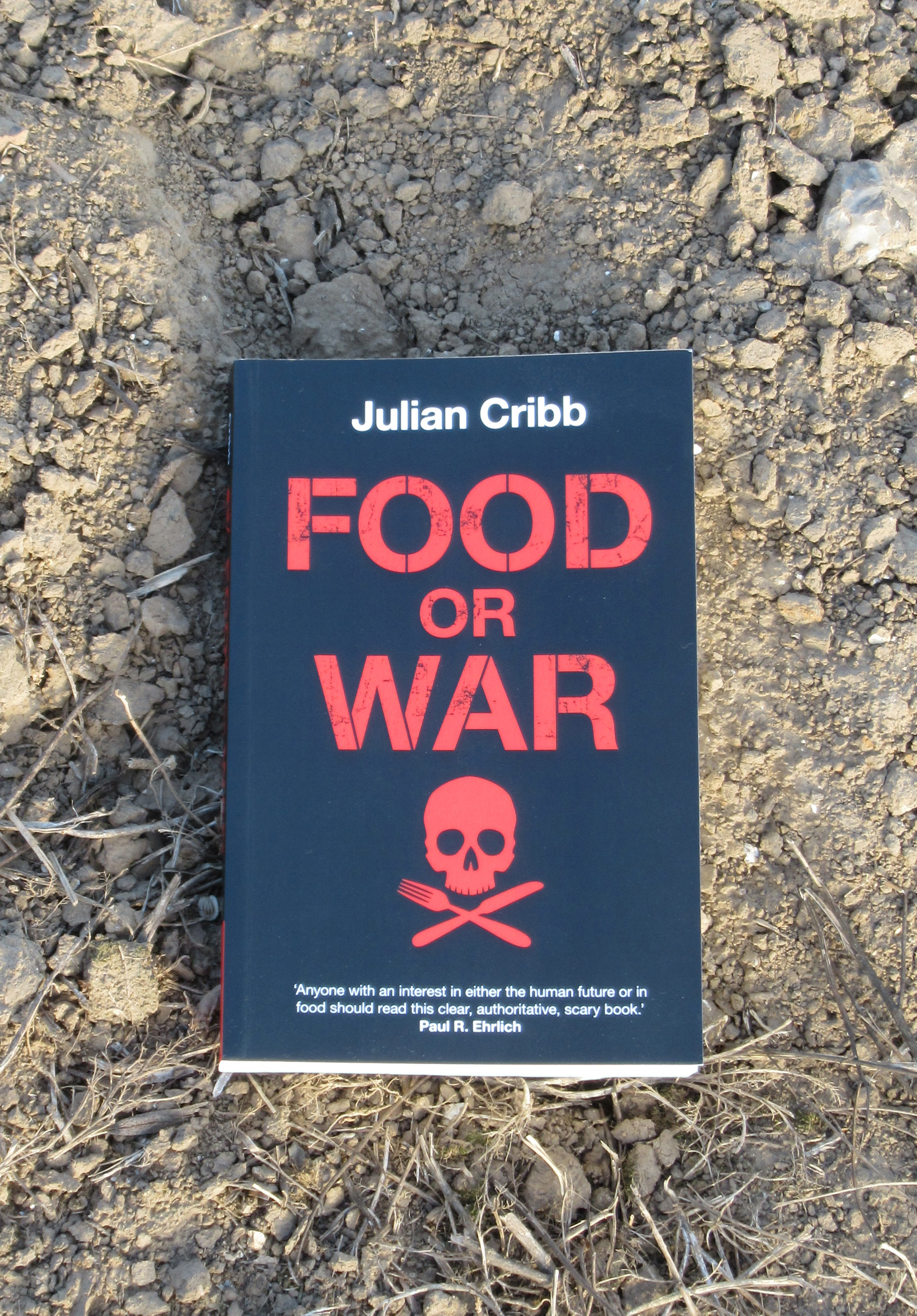