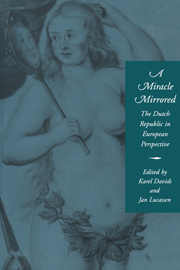 A Miracle Mirrored
The Dutch Republic in European Perspective