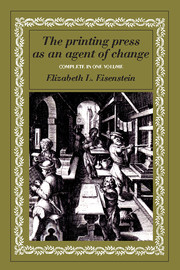 The Printing Press as an Agent of Change