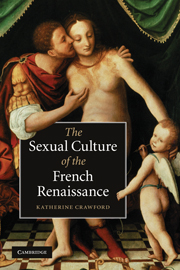 The Sexual Culture of the French Renaissance