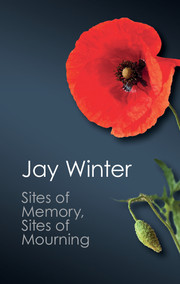 Sites of Memory, Sites of Mourning
The Great War in European Cultural History