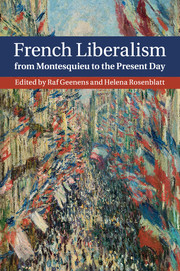 French Liberalism from Montesquieu to the Present Day