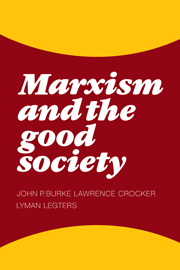 Marxism and the Good Society