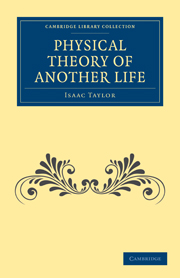 Physical Theory of Another Life