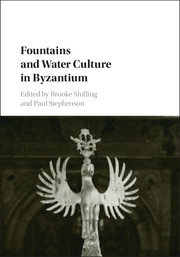 Fountains and Water Culture in Byzantium