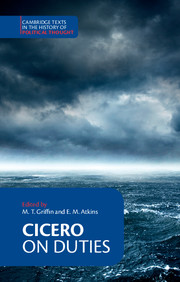 Part of Cambridge Texts in the History of Political Thought