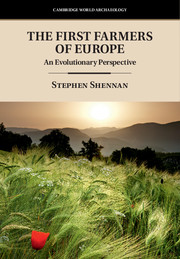 The First Farmers of Europe
An Evolutionary Perspective