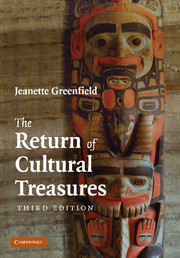 The Return of Cultural Treasures