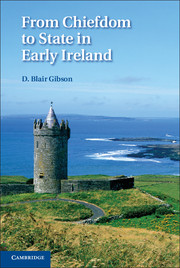 From Chiefdom to State in Early Ireland