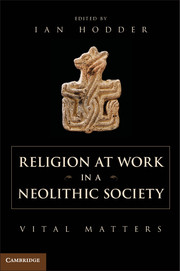 Religion at Work in a Neolithic Society
Vital Matters