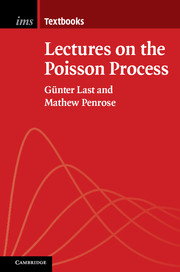 Lectures on the Poisson Process