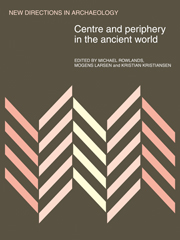 Centre and Periphery in the Ancient World