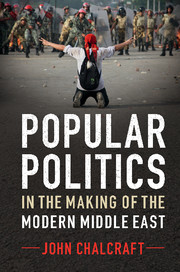 Popular Politics in the Making of the Modern Middle East