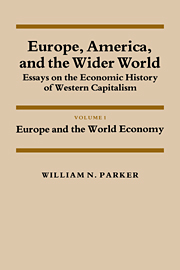 Europe, America, and the Wider World
Essays on the Economic History of Western Capitalism

Volume 1. Europe and the World Economy

Part of Studies in Economic History and Policy: USA in the Twentieth Century