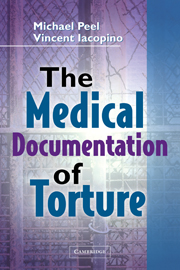 The Medical Documentation of Torture