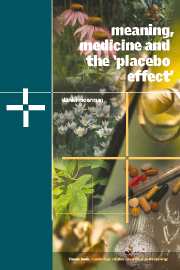 Meaning, Medicine and the 'Placebo Effect'