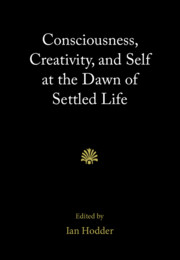 Consciousness, Creativity, and Self at the Dawn of Settled Life