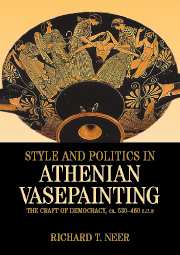 Style and Politics in Athenian Vase-Painting
The Craft of Democracy, circa 530–470 BCE

Part of Cambridge Studies in Classical Art and Iconography