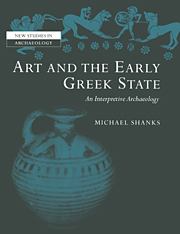 Art and the Early Greek State