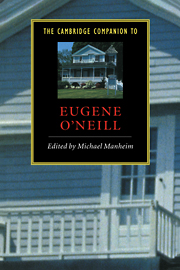 The Cambridge Companion to Eugene O'Neill