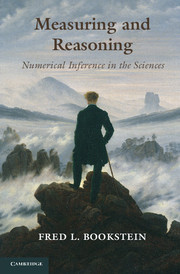 Measuring and Reasoning
Numerical Inference in the Sciences