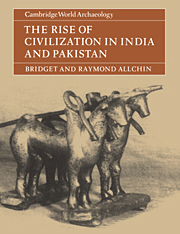 The Rise of Civilization in India and Pakistan