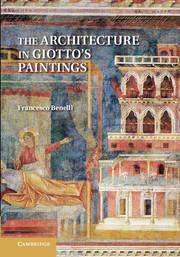 The Architecture in Giotto's Paintings