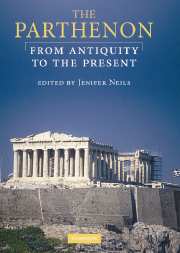 The Parthenon
From Antiquity to the Present