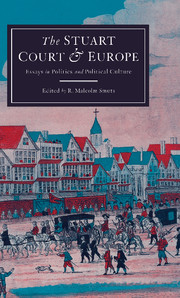 The Stuart Court and Europe
Essays in Politics and Political Culture