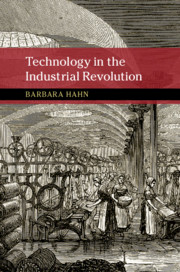 Technology in the Industrial Revolution