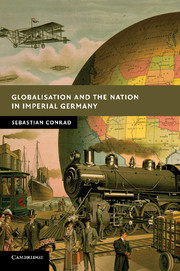 Globalisation and the Nation in Imperial Germany