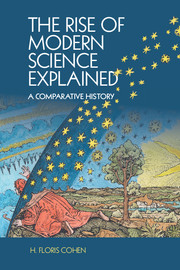 The Rise of Modern Science Explained
A Comparative History