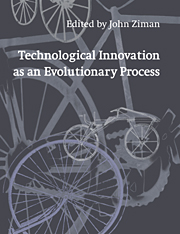 Technological Innovation as an Evolutionary Process