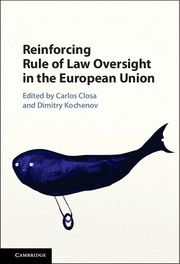 Reinforcing Rule of Law Oversight in the European Union