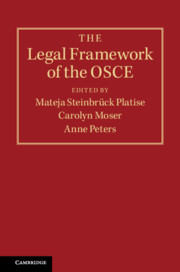 The Legal Framework of the OSCE