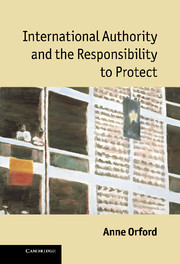 International Authority and the Responsibility to Protect