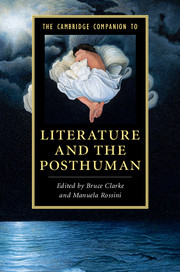 The Cambridge Companion to Literature and the Posthuman