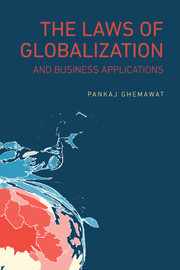 The Laws of Globalization and Business Applications