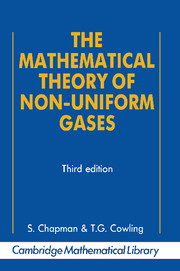 The Mathematical Theory of Non-uniform Gases
An Account of the Kinetic Theory of Viscosity, Thermal Conduction and Diffusion in Gases