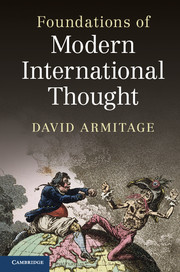 David Armitage on The Foundations of Modern International Thought